Just letting everyone know I am switching accounts! If you see that

hawlucha has added you as a friend, it's me!
I'll of course still be checking this one for messages and so, but I'll be using the other one for all my personal and community activities so yeah, if you'd like to stay in touch with me, please follow

Hawlucha is my favorite Pokémon. I can’t deny it anymore.

Toxicroak is AWESOME, but I guess Hawlucha has the bird element that makes her even better. Sorry Toxicroak! hfdjghfjhgf

…and before anyone asks me WHAT ABOUT BLAZIKEN??? I have the horrid feeling the fandom ruined her for me. It’s either that, or the fact that she never looks like she does in the first Sugimori artwork, which was what made me fall in love. It’s something in the eyes :x


...anyway this brings me to a question... do I start using my

hawlucha LJ account? I really want to, and I would immediately do so if I didn't think it might be a bit troublesome for pkmncollectors etc.

I keep on adding beautiful Hawlucha items to my want list, look at how nice these artworks are!!

This promo card is wonderful!

This one I will hopefully be able to pick up myself when the cards are released in Italy! It will be so great to just walk into a shop and come out with a bunch of Hawlucha booster packs 'v' 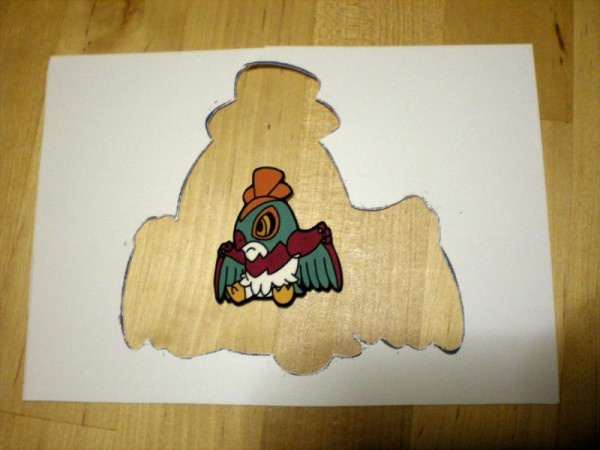 My first experiment with Shrinky Dinks ever! I had to import them since they don’t sell them in Italy. I actually got a brand called “Shrinkles”.

The result is pretty good, but for some reason the picture was deformed while shrinking, I need to figure out if it’s a problem of my oven or it’s the paper not being top quality. I hope I can figure it out soon so I can hopefully see if it’s worth opening commissions for charms done in this style or not…

I finally caved in and bought some shrinky dinks sheets, they should arrive here in a week or so. I want to make some cute custom charms for the community, and instead of taking commissions I want to try and directly sell them, since I need a bit of a break from the pressure of commissions. Plus I know some people prefer to choose from pre-existing designs.
What theme could I use? It's summer now so something summer related would be cute, but in the southern hemisphere it's winter, so.. XD' maybe some food related thing? Pokémon with Poképuffs? I have no idea, I don't know what people who like cute things usually like... food seems to be a cute popular theme though.

I'll probably try and draw the Pokémon I like first, so that if they remain unsold I can always keep them haha.
So for gen six I'd draw Hawlucha, Greninja, Heliolisk, Clawitzer, Avalugg, Talonflame, Spritzee, and Furfrou. Some of these are not popular, so I should probably throw in some popular guy as well. Noibat and Noivern seem to be VERY popular, as well as Pumpkaboo, and Tyrunt/Tyrantrum. Sylveon is very popular, but I'd like to try and avoid Eeveelutions since there's so much official merch for them already...

As for older generations, I have no clue. I don't want to post a poll on the community asking for what people would like to see, because I'm afraid it would be against the rules specially since I don't have any examples on hand... I'll just have to draw a few and see how well they are received, and then during the sale post ask people what they'd like to see in the next batch.

Quick doodles to see if I am still able to emulate Pokémon Time style by memory… they're not perfect but I still like them. 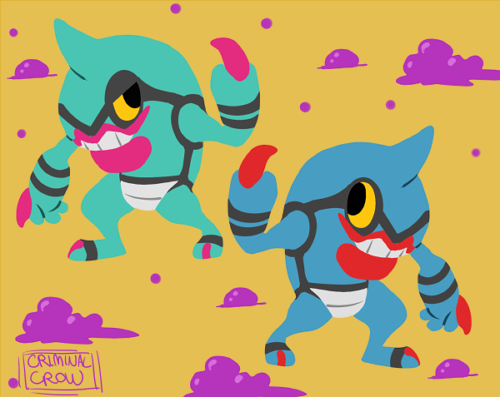 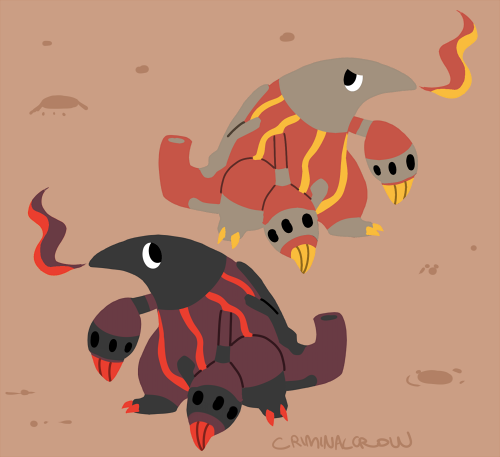 I used to take commissions for both Pokémon Time and Pokédoll style on the community... I had stopped offering Pokémon Time because it took me a long time to draw but I've found a way to make it quicker so to be honest I'd like to do it again... although there's been at least three different people offering Pokémon Time styled customs lately and I wouldn't want to step on anyone's toes... not sure on what to do :|

I wish I could just come up with a personal style that people liked...

For those who have tumblr and/or just like to look at my pokémon artwork, I've opened a tumblr just dedicated to Hawlucha:

I plan on posting a new doodle every day or so, and while most will probably only be random drawings, I am getting a lot of custom plush ideas that I want to explore through my own art first.

Mainly, I really want to in future commission Hawlucha plushies inspired by typical Mexican art: Mayan art, luchadores, Dia de Muertos, piñatas, etc! I want a colorful and varied Hawlucha collection, and I'm thinking about mostly sticking to figures and plush since I lack a good way to display flats. Custom plushies solve this problem, even if I'll probably only be able to afford one every few months. In the meanwhile, I'll sketch colored Hawluchas every day and maybe get even more custom plush ideas 'v' 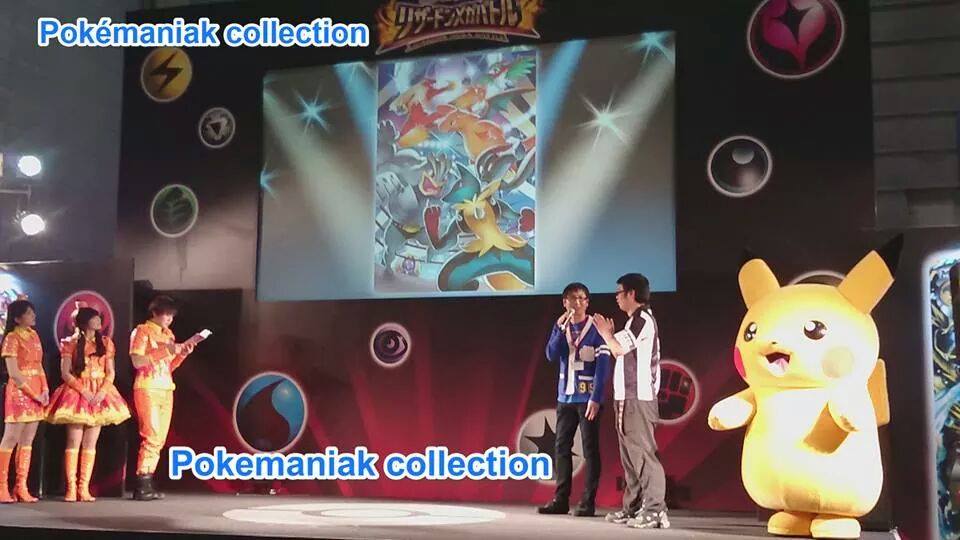 PLEASE BE SOMETHING FROM POKKEN FIGHTERS you wonderful promo poster you!!! 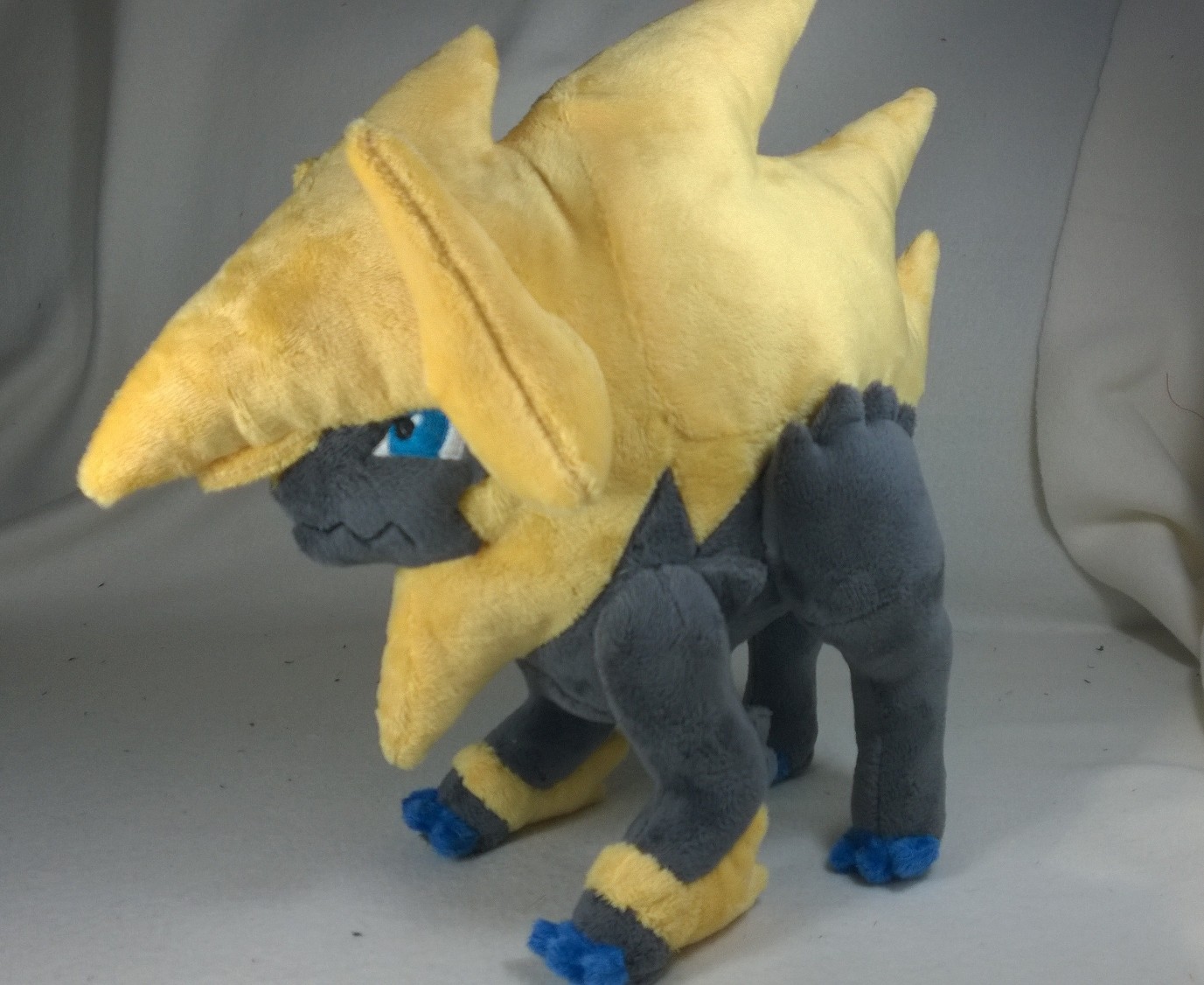 I don't think I have seen other Mega Manectric plushies at all - mine could be the first and he's also SHINY! His claws are blue instead of red because I liked him a bit better like this. I hope PokeCen makes an official plush of him! But if they don't, I will just have to get a custom regular colored MegaManectric too!

So it is official!!! Ash catches a Hawlucha! °v°


... I might have to start watching the anime!!!!!
I also need this comic!
Collapse